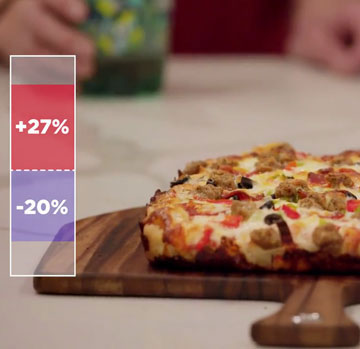 To test the hypothesis that DiGiorno pizza fresh-baked from the oven is preferred over the experience of carryout or delivery pizza, we conducted an experiment.

We partnered with real people and hosted a series of pizza parties. Half the parties ordered delivery pizza and the others baked DiGiorno pizza.

To capture the necessary data, 20 high-resolution hidden cameras were placed around the room recording video of each party. Video was then isolated for each partygoer and processed through Google's Vision API to obtain a numerical readout of their emotions – levels of joy specifically – mapped to specific pizza-related moments (e.g. delivery order placed, aroma of baking pizza filling room, delivery arrival).

The results were clear: more joy was observed at DiGiorno pizza parties. 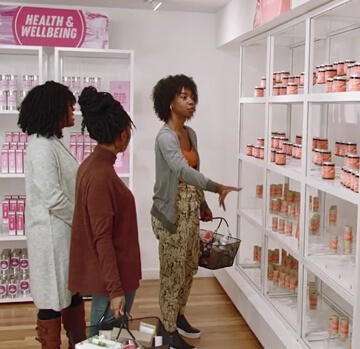 For Lean Cuisine, we reframed the tired concept of "having it all," letting women literally shop for "THEIR all" in a real-life store. And in the process, the brand shined an emotional light on the power female relationships have on women’s ambition.

My contribution to the project was the design and development of a custom database used behind-the-scenes to track each participant's basket items.

Powered by Google Sheets, the collaborative database provided instant comparison analysis highlighting any change between a participant's survey and store selections. Changes along with key insights were transmitted real-time to the psychologist's tablet to guide her discussions with participants. 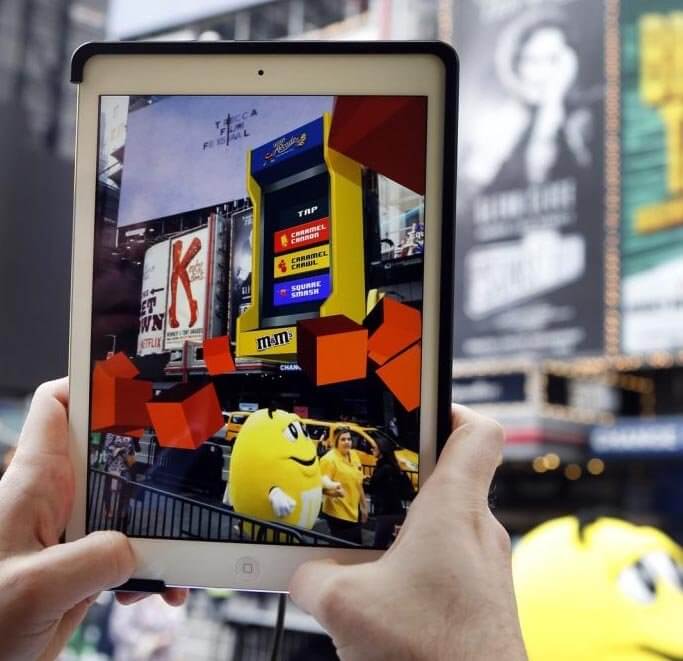 To launch a new flavor of M&M'S Chocolate Candies – M&M’S Caramel – the brand declared caramel had been “square” for far too long. It was time to change the familiar flavor with a modern and fun makeover and "unsquare" caramel.

In keeping with the unsquaring theme, we used augmented reality (AR) technology to unsquare New York's Times Square and transform it into a modern day, interactive ARcade.

Much like the traditional caramel flavor, the M&M'S ARcade tapped into a nostalgic feeling and brought back memories of a classic old-school arcade. It gave fans the opportunity to use their phone to turn static Times Square billboards into a fun and interactive, vintage arcade game experience.

Fans nationwide could join the fun by picking up a package of M&M'S Caramel and scanning it with the Blippar mobile app to unlock the ARcade experience. 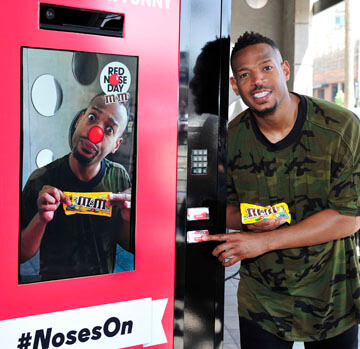 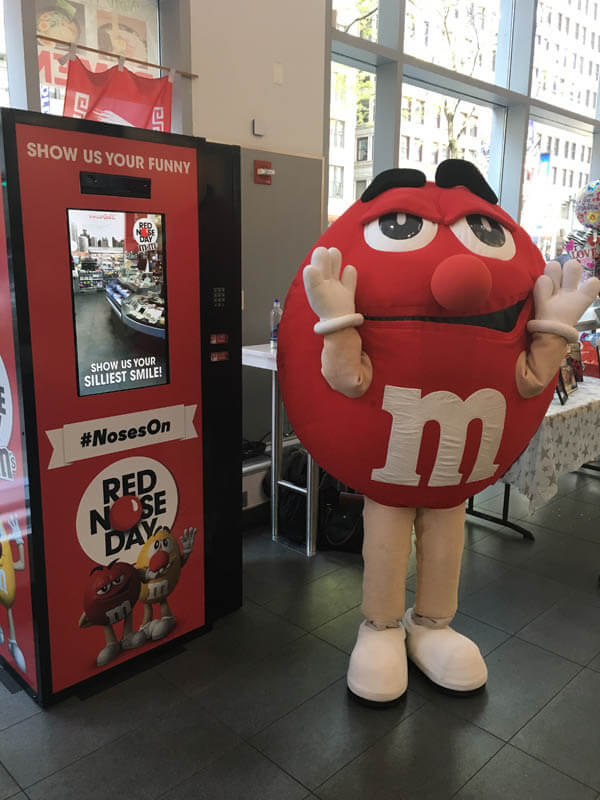 To help people across the country get in on the fun, we created a custom humor-activated vending machine to connect the brand with Red Nose Day.

In exchange for a funny face or silly dance, the machine used face detection technology to super-impose digital red noses on consumers' faces and took a photo. Hundreds of fans from Los Angeles, Chicago and New York received their #NosesOn photo for social media sharing, as well as a coupon to redeem at Walgreens for a red nose and pack of M&M’S.

To generate additional awareness and donations, M&M’S partnered with a variety of celebrities like comedian Marlon Wayans and influencers to share their #NosesOn photos and attend the local vending machine stops. 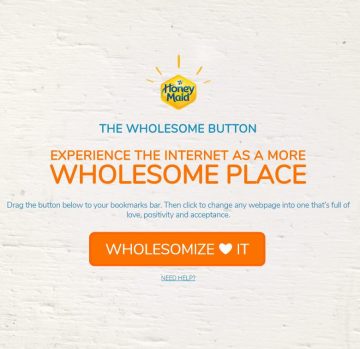 Honey Maid's groundbreaking “This is Wholesome” campaign acknowledged the diverse fabric of America’s nuclear families and showcased how acceptance can foster love and friendship.

For our contribution to this campaign, we focused on a place where hatred and bigotry run rampant: the Internet. Leveraging the insight from the “Mere Exposure Effect” (a psychological phenomenon by which people tend to develop a preference for things merely because they are familiar with them), we set out to make the Internet a more tolerant and “wholesome” place.

We created The Wholesome Button, an easy-to-add browser plug-in that allows users to replace negative images and headlines on any website with content celebrating love, heartwarming family connections and acceptance.

The Wholesome Button received praise and recognition from many media outlets, including Adweek, The Atlantic, FastCompany's Co.Create, MediaPost and named Editor's Pick in Creativity Online.

The award-winning campaign has been honored with many accolades, including: 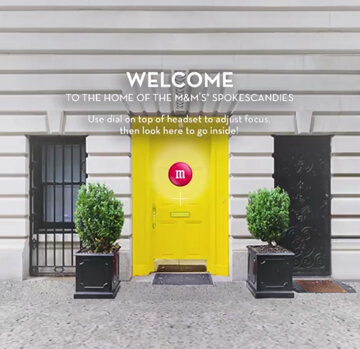 M&M‘S celebrated its 75th Anniversary with a multi-sensory experience that hit the road allowing fans, Mars associates and event attendees get up close and personal with the brand through an inside look at the lives of their colorful characters.

Real-life exhibits were captured in 360-degree video and photo and transformed into a portable, interactive virtual reality experience. 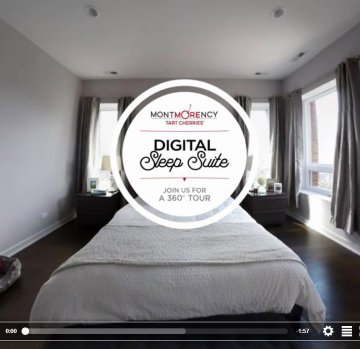 To increase awareness of the sleep benefits of Montmorency tart cherries during Better Sleep Month (May), we created the immersive Digital Sleep Suite experience to serve as the hub of the communications campaign.

My contribution included researching and implementing a video player solution for experiencing 360° video content directly inside any browser supporting HTML5 on any device. 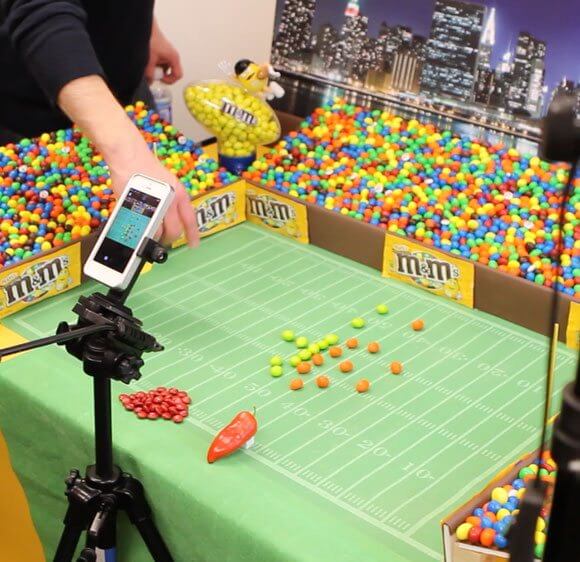 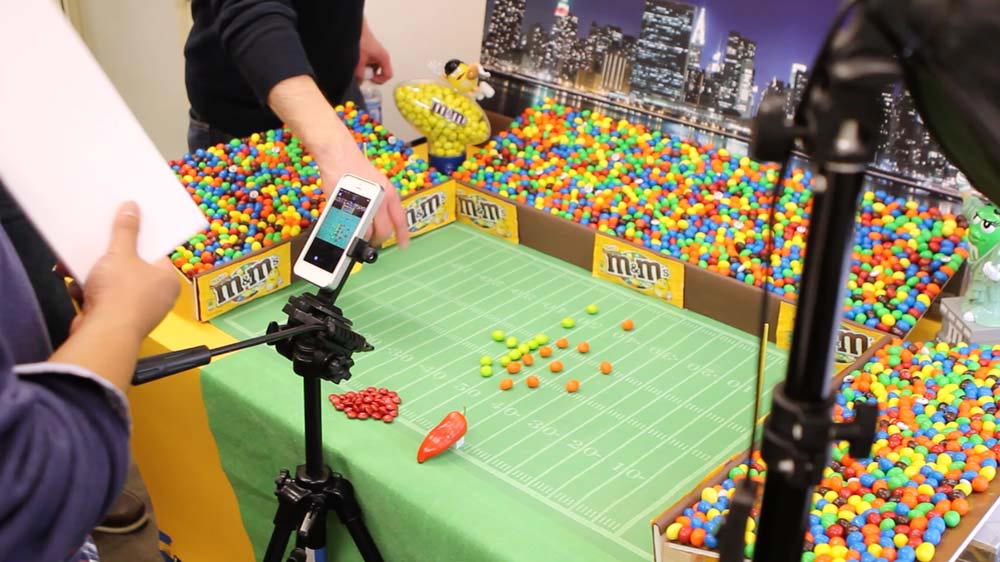 In the wake of the 2013 "Super Bowl Blackout," every marketer approached the 2014 Big Game hoping for another big viral moment.

But M&M'S didn't want to wait for the lights to go out. It set out to make its own moments throughout the game. So for 2014's big game, while other brands were waiting for some unexpected moment to capitalize on, we presented M&M’S with a fun and colorful way to react to the action we KNEW was going to happen.

The power of visual influence was needed as we enlisted super Viner Jethro Ames to partner with the team. Using M&M’S Chocolate Candies as the players and fans, the team re-created every big play in minutes—including VO—and pushed the Vine videos out through multiple social channels. M&M’S provided the “color,” and Joe Montana provided the “commentary.”

The campaign won Best Branded Vine Video at the Digiday Video Awards and was a finalist at the Shorty Awards, In2Sabres and Sabre Awards. 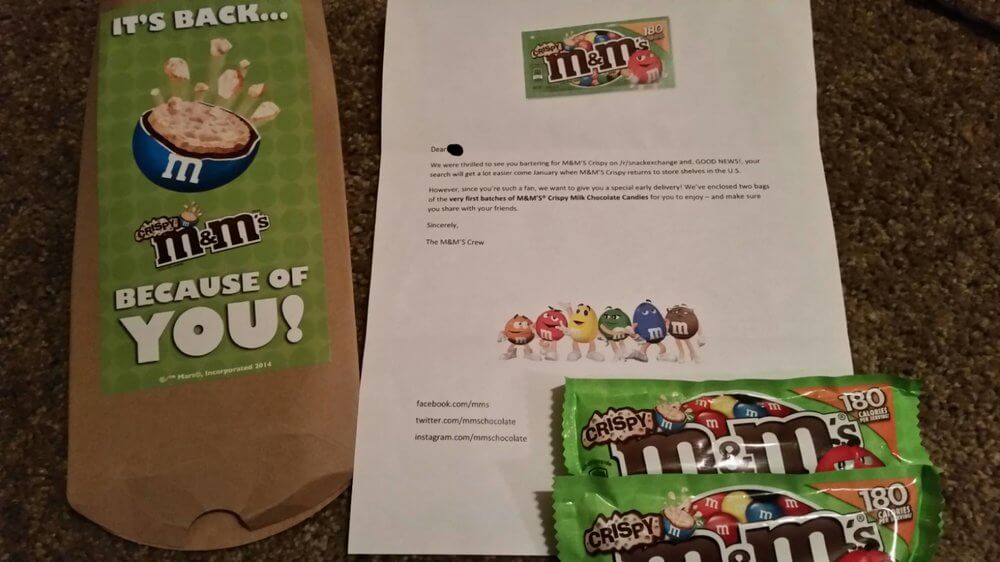 Reddit marketing is not easy. And often unwelcomed. But here’s how we did it successfully to spread product awareness and reward rabid fans on this top visited site.

Mars Chocolate enlisted our help to announce and tease the return of M&M’S Crispy Chocolate Candies in the U.S., where they were previously discontinued in 2005.

Our research found ongoing M&M’S Crispy discussions on Reddit dating back several years. The chatter was specifically happening on the Snack Exchange subreddit, a community of consumers around the globe looking to trade snacks (think of it as classified ads for goodies).

The opportunity we uncovered was a no-brainer: Swoop in and deliver M&M’S Crispy to these diehard fans and give them a first taste as a reward for their time, effort and loyalty over the years seeking out global trade partners.

And we did exactly that, to the delight of M&M'S Crispy seekers who quickly posted testimonials and images about being some of the first to exclusively receive the new product. 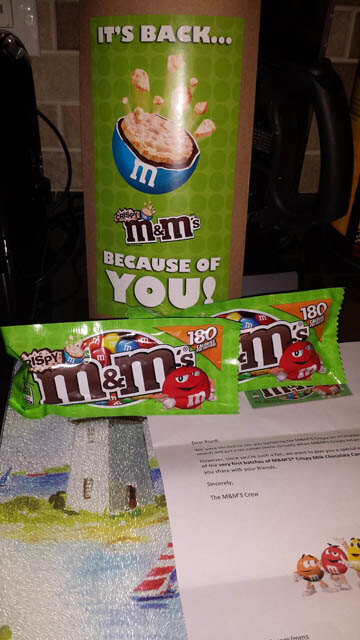 We’re proud of the innovative outreach and results, but more importantly our approach was validated by the Reddit community: 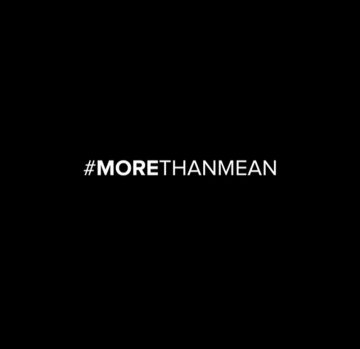 I've been fortunate to meet and work with many talented individuals throughout my career. Thanks to these relationships, there have been many opportunities to lend my skills and knowledge for collaboration beyond client work. These are notable side projects I'm proud to have been involved with in some manner.

Many U.S. women sports reporters are harassed or threatened online. It's a serious problem most women face alone. And speaking out often invites more harassment.

The Just Not Sports podcast, founded by a former colleague, created a video and social campaign to prove some tweets are #MoreThanMean. When real men read online harassment to women, the results were shocking and powerful. The video sparked a global conversation about a taboo topic.

This important campaign has been recognized with numerous awards, including: 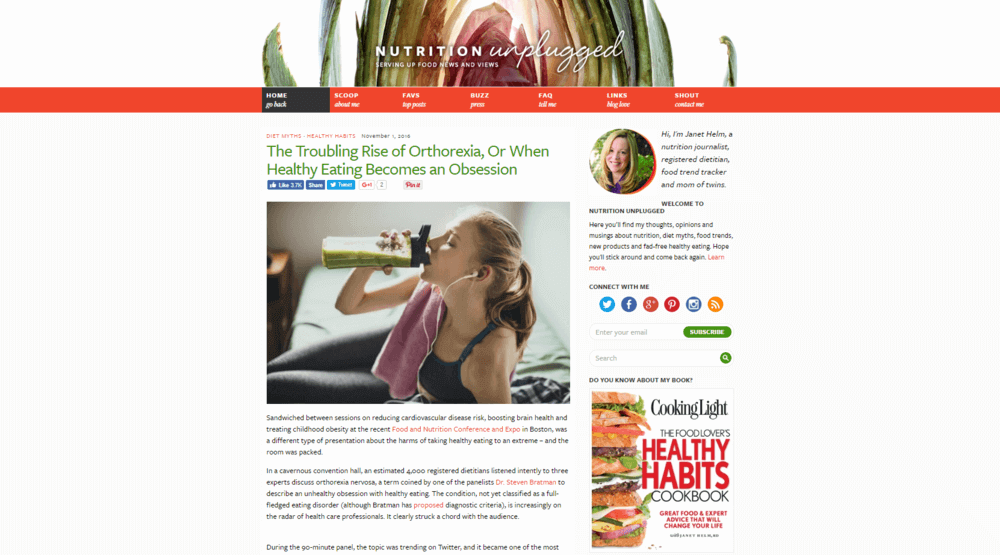 When blogging became mainstream in the late 2000s, many companies and subject matter experts rushed to join the blogosphere.

During this time I built and helped launch a Wordpress blog for nutrition expert and colleague Janet Helm to share her thoughts and opinions on nutrition, food trends and diet myths.

It quickly grew into a top nutrition blog and I provided technical support along the way including site upgrades and implemented a complete design overhaul. 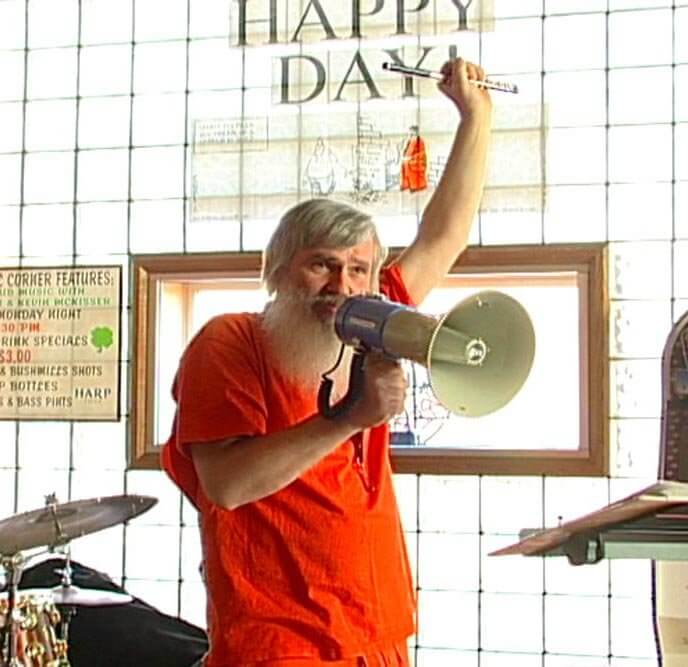 While pursuing a degree in communication arts, I wrote, produced, directed and edited a documentary short titled Blaze Orange for an advanced video production and direction class.

Blaze Orange chronicles the unique life of the most colorful and controversial figure of University of Wisconsin-Madison's Library Mall: the orange-wearing, piccolo-playing Tom Ryan. His local critics and supporters sound off on the issue of his shrill piccolo tunes and the legal battle surrounding it all. 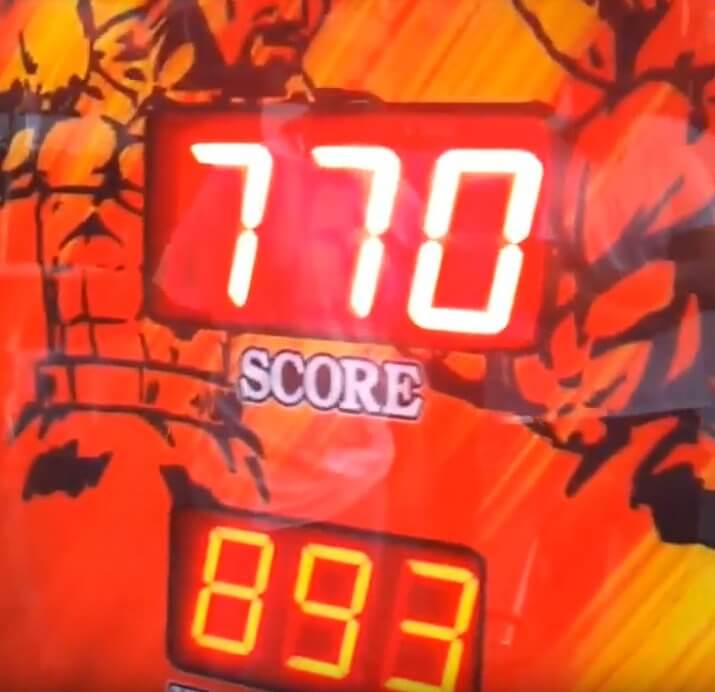 I once fractured my wrist during agency softball season. No, not by making a game-winning diving catch. More like partaking in post-game festivities at the bar. Super lame.

But I used it as an opportunity to dust off my video editing skills and tell the how-it-happened story a la the often-parodied ESPN Films 30 for 30 trailer.

Charlie Chaplin said it best: "To truly laugh, you must be able to take your pain, and play with it." 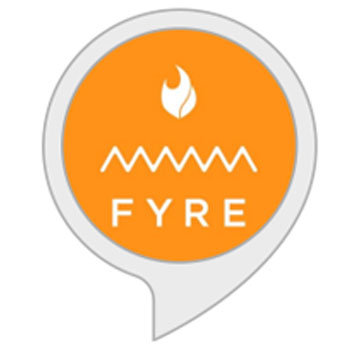 You’ve seen the Netflix and Hulu Fyre Festival documentaries. Now test your useless knowledge with Fyre Festival Trivia! Play alone or with others. 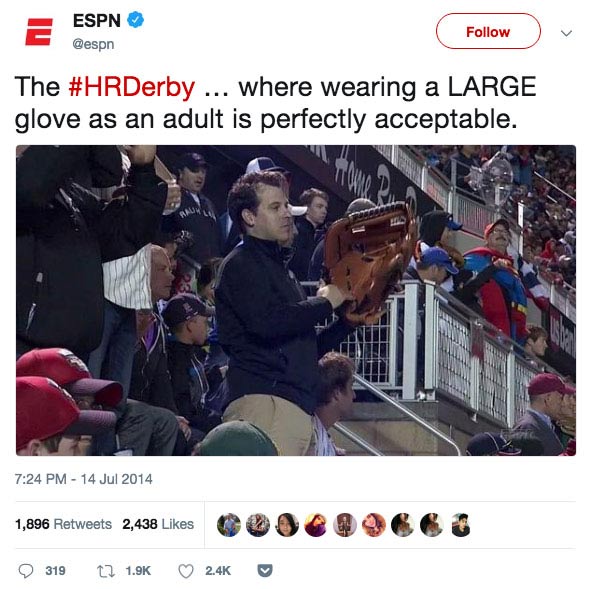